On August 11, more than 40 innovators gathered at StarterStudio to participate in Code for Orlando’s National Day of Civic Hacking. The annual civic hackathon brought together the skills and insights of designers, developers, government members, project managers and engaged citizens from across Central Florida to co-create projects using open data and technology to address challenges faced by the Orlando community.

The day started with an ideation breakfast. We served sticky notes and Sharpies along with Chick-fil-A chicken biscuits and whimsical donuts to spark off ideas and gain shared perspectives on pressing problems, such as attracting and retaining tech talent, streamlining school safety measures, increasing voter participation and more.

After listening to a welcome presentation, participants broke up into smaller groups. Teams spent over eight hours flexing their creative muscles, building empathy and developing prototypes that help make Orlando a better place to live, work and play.

The day-long event was an ambitious crossover between the technical and non-technical.

On the other side of the coast, Code for America and Code for San Francisco hosted a panel discussion about the future of civic tech to kick off the nationwide celebration. Explore the #NationalDayofCivicHacking hashtag to get a peek at the exciting festivities from dozens of other brigades.

We had a project management squad on hand to provide guidance and answer development concerns. Plus plenty of food and coffee to keep participants fueled throughout the day. A few members from the City of Orlando popped in to offer a bit of local government insight.

By Saturday afternoon, teams had come up with a variety of cool civic hacks and presented them to a full conference room. Check out the projects from our hackathon below. 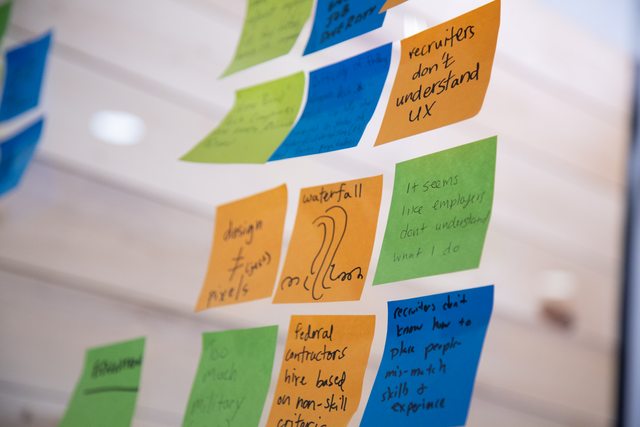 Ideation is key to design thinking. Sticky notes helped give our thoughts a shape and path.

Orlando has a thriving technology scene, home to 30,500 workers and thousands of companies. Technology is our second-largest industry behind tourism, contributing $14 billion annually to the Orlando economy. The City Beautiful recently ranked No. 6 out of 20 for fastest-growing tech markets.

All that sounds good. Yet why is it so challenging to keep tech talent in Central Florida?

One team at National Day of Civic Hacking conducted a bit of ethnographic research to get to the bottom of this. They split into two groups to gather qualitative and quantitative data, exploring Orlando’s tech talent pain points and problems. Given the limited sample size for interviews at the hackathon, the team for this project is looking to work with local data groups to gain additional insight.

Florida may be known as the Sunshine State, but Orlandoans are quite familiar with the state’s fickle weather. When it rains in Orlando, it pours. Sometimes yard debris, dog poop and other pollutants will get washed away into the storm drains, most likely ending up in one of our 111 lakes.

In an effort to combat stormwater pollution and potential flooding due to clogged drains, this team hoped to adapt Code for San Francisco’s Adopt a Drain application for Orlando residents. Essentially, once a user signs up for an account, they would claim responsibility for a storm drain near the address they requested. This includes clearing out leaves and other debris from the surface.

The Orlando version of the Adopt a Drain project is not live at the moment. However, it is available on GitHub. The team would like to add Orlando-centric elements and improve the map component. 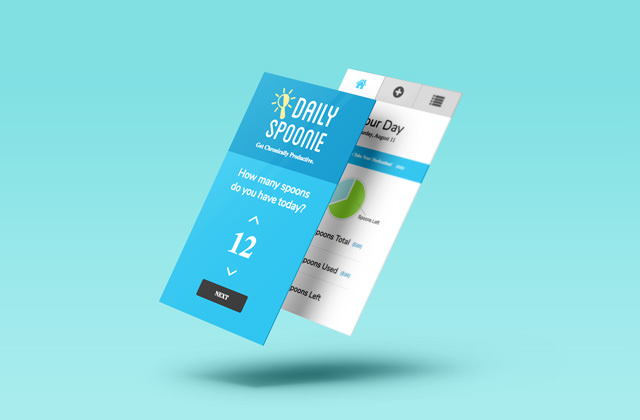 Concept of an app designed to improve productivity for spoonies

If you’re unfamiliar with the term “spoonie,” it can refer to any person living with a disability or chronic illness. The term originated from The Spoon Theory, an article written by blogger and lupus advocate Christine Miserandino. Miserandino used spoons to explain how much energy a person with a chronic illness has each day. A spoonie has a limited amount of spoons for simple tasks like washing the dishes or getting dressed and must ration them wisely.

Inspired by the spoon metaphor, the team behind Daily Spoonie designed an app using Vue that helps spoonies manage their days given their limited energy. Millions of Americans deal with a disability or chronic illness. This project hits close to home; some members on the team have a chronic condition themselves and know of friends who do.

To a get a better idea if the app would be useful, the team has reached out to a Dysautonomia group. Several group members expressed interest in the concept and would like to test the app. A fully functional alpha version of the tool is expected to be available by Sept. 4.

There are many volunteer opportunities in the Orlando area. Volunteer Connection is an app concept aimed at better coordinating the local volunteer experience. For instance, volunteers would be able to check their schedules, sign up directly to events (with required documents if needed) and access quick organization profile information. The goal is to connect volunteers and organizations to the causes they care about all-in-one place. 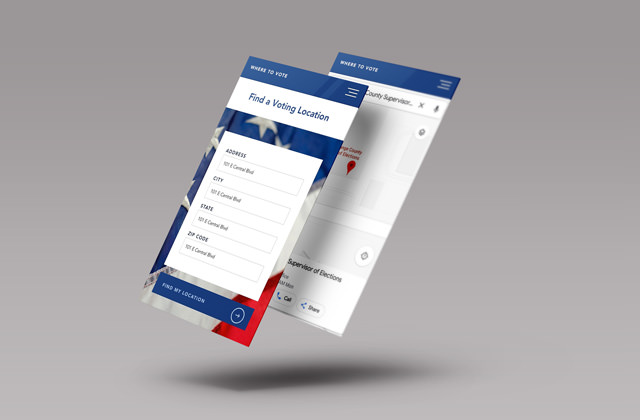 Concept for a voter education app

Central Florida residents headed to the polls this month for the state’s primary election. Despite a higher voter turnout compared to previous years, only about 24 percent of Orange County registered voters had cast a ballot. In Osceola County, less than 21 percent of the 212,170 voters showed up. Voter turnout was reportedly about 20 percent in Seminole County.

The How to Vote team focused on increasing voter participation in local elections by providing user-friendly voter and civics education tools in an app. The app would serve as a hub of information covering the roles of officials in government, how a ballot works, candidate profiles and finding polling locations. New citizens and first-time voters would be ideal users for this voting survival guide.

The team worked on the where component of the app, delving into how users can find their polling location and early voting locations. They intend to incorporate the Google Civics API, a carpooling option and other interactive features. 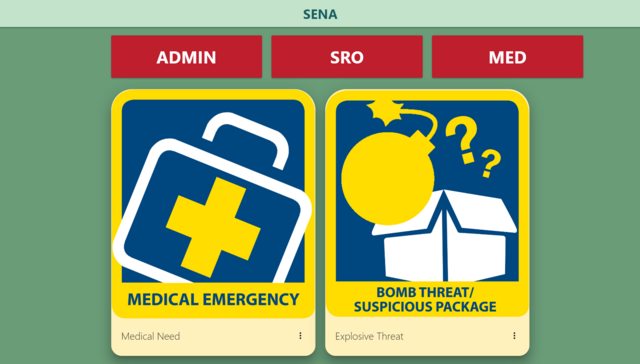 Concept for a school safety app

In the wake of an increase of school shootings nationwide, getting emergency information to educators efficiently was a major concern for this team. SENA is a school emergency and notification application. The idea for SENA came out of frustration for the inconsistent implementation of school safety procedures, which usually involves a binder of information teachers have limited access to.

With SENA, teachers and staff can quickly access emergency response materials in the event of an injured student, bomb threat, fire or lockdown. During the hackathon, the team concentrated mostly on developing the “binder” structure and content. Features to be added include user authentication based on roles and an alert system.

After a long day of hacking, we celebrated everyone’s efforts with an after party. What better way to commemorate our local efforts than enjoy what our local community has to offer? Attendees took a stroll through downtown and settled in at Orange County Brewers, connecting over drinks, food and good conversation. Playing tabletop games and Heads Up! were the highlights of the evening.

A big thank you to all of our generous donors for their contributions to National Day of Civic Hacking 2018. With your support, we were able to gain a broader understanding of the issues we face as community, as well as collaborate to improve the quality of life for Orlando residents and visitors. Your donations helped make our day-long civic hackathon free and open to everyone in our community.

This year we partnered with:

We’d also like to give a shout out to the attendees. Thanks for coming out and participating in National Day of Civic Hacking. Without you, the hackathon wouldn’t be possible nor would it be as fun. We hope to see you join us again next year and at future meetups as well.

So What Happens Next?

Join us at our next Community Action Night meetup so we can continue working on these projects together. If one of our hackathon projects interests you and you can’t make it to the meetup, please reach out on Slack. We’ll get you in touch with the project lead.

National Day of Civic Hacking served as a launch pad for creative ideas and experimentation. There is always room for improvement. One day is not enough, but it’s a start.